The History of Perfume Bottle Drifting 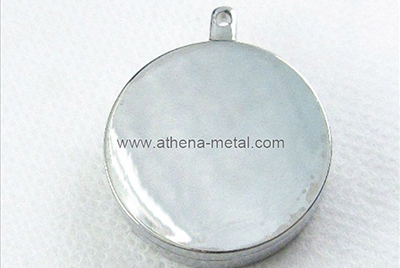 The origin of incense in ancient Egypt

The earliest recorded origin of the perfume comes from the mysterious and ancient Egypt. People soak the spices in oil and filter the liquid with a cloth, or rub the petals into animal fat to absorb and preserve the fragrance. Because the method of refining high-purity alcohol was not invented at the time, this perfume was called sesame oil.

As early as BC, the Egyptian glass workshop produced various shapes of glass crafts. At that time, the common glass perfume bottles were mostly opaque or transparent dark blue, decorated with a zigzag pattern.

But because of the high cost and the immaturity of the glass crafts, in that era, Egyptians generally used alabaster containers of different shapes to hold different kinds of spices. That is from this time, the packaging culture continued to

In the era when everyone was fragrant, ancient Egypt was born with a famous "perfume spokesperson", known as Cleopatra, Clio Petra loves perfumes, knows the way of using perfumes, and often uses 15 A different kind of perfume and sesame oil are used to take a bath, and even perfume is used to soak her sail. Not only did Emperor Caesar and Anthony fall under her pomegranate skirt, but also strengthened the regime by increasing the authority of the queen and the charm of women through the fragrance.

Fortunately, after the restoration of a special team, based on the ancient myrrh raw materials myrrh (also known as "final medicine", spicy flavor), add cardamom, green olive oil, cinnamon, and other ingredients, you can restore the fragrance of strong fragrance, The spicy, slightly musky fragrance of the same Cleopatra perfume!

The mysterious oriental power that swept Europe in the 18th century

With the continuous advancement of the manufacturing process, the development of methods for condensing and extracting alcohol stock solutions, the use rate of raw materials has been greatly improved, and the ancient method of making fragrance has gradually come to an end. After the Crusades, the Black Death spread. Perfume can not only carry out effective aromatherapy but also cover up the body odor problem caused by the Black Death's inability to take a bath. As an indispensable medicine, it began to appear on the world stage. In the late 17th century, the perfume trade appeared in most European countries led by France.

In the 18th century, with the development of world trade, a mysterious force from the East swept across Europe. The bright and clean porcelain brought by ancient and mysterious China showed European people the dream of a better life. The earliest perfume company was also established during this period.

The use of porcelain was all the rage in France. Louis XV admired Chinese porcelain very much. It even ordered the replacement of silverware with porcelain, allowing porcelain to exceed the value of silverware for a period of time.  Ceramic as new material is also used in the production of perfume bottles.  In the high society at that time, who didn't have a porcelain perfume bottle but was to be squeezed out of the circle, was secretly said to be earth buns.

With the increasing demand of nobles for ceramic perfume containers, cities in various European countries have successively become porcelain production centers. The porcelain shaping style is gradually combined with the Rococo style from pure Chinese style. The pear-shaped bottle decorated with gold and the porcelain perfume painted with flowers, fruits, wars, and some oriental illustration bottle patterns has become popular.  So far, the 18th century has also become synonymous with the era of ceramic perfume containers.

The impression of the times

Marie Antoinette is the little princess of the Austrian Empire. Due to her beautiful appearance and intelligence, she also fascinated the legend of the prodigy Mozart in her childhood.  At the age of 15, she officially married the future Louis XVI, which opened her controversial life.

After becoming queen, in order to conceal the birth defects of Louis XVI, Marie Antoinette, who had become haggard, began her own hedonic fashion journey.  She can buy hundreds of skirts and hundreds of shoes in a year.  The love of fashion is too profligate and even leads to treasury losses. It is known as the "Queen Rococo" and has become the most famous fashion godmother in France.

We are perfume bottle caps suppliers, if you are interested in our products, please feel free to contact us.

Previous: How to Choose the Perfume that Suits You?

Next: Thousands of Years of Evolution of Perfume Bottles