The emotional appeal and style of perfume bottles

Best perfume caps supplier introduces you to the mood and style of perfume bottles.

The United Kingdom, Czech Republic, Germany, and France almost monopolized the perfume bottle manufacturing industry in the 19th century, among which Britain and France were the best, followed by two manufacturers in the United States.

The perfume bottles in the Czech Republic and Germany are the most colorful, from pink to purple to green, and are very popular among the nobles.  The decoration of flowers and leaves is also very common, art deco style is a design style throughout. 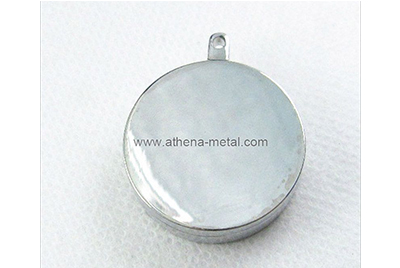 Just like love to make articles on hats, the perfume bottles of the legal system also pay attention to the decoration of the corks, and they are often more refined than the bottle body.  Although French perfume bottles sometimes give top-heavy feelings, they are still synonymous with the most delicate craftsmanship.

Guerlain perfume bottle manufacturer is the famous crystal big-name Baccarat.  Baccarat's most distinctive perfume bottle design is deeply influenced by the Japanese Liu's bottle-the the black bottle is decorated with a golden label.  There is also a candle-shaped perfume bottle that is also very famous. The shape of the stopper is a gold-plated flame.

The style of the perfume bottle

The tradition of using perfume bottles can be traced back to the golden age of Rome and the Egyptian Empire, and indeed has a long and rich history.  The earliest perfume bottles were made of ceramic, glass, and metal materials, and were popular throughout Europe during the Middle Ages.

The atomizer has various shapes, colors, and materials.  Bakelite extruders were a popular atomizer material in the 1960s, and atomizers of this material are somewhat common.  Although the bakelite extruder (used to atomize the perfume into a fine mist) may become harder as the age of use increases, it can still give people a short and beautiful visual experience.

The Cameo perfume bottle is similar to the design of British ceramic brand Wedgwood ceramics, and the color of the matte pottery bottle is supplemented by white embossed details.  Cameo perfume bottles are usually decorated with details depicting the outlines of people or natural elements -such as floral patterns.  These bottles often have glyph-like relief figures and symmetrical flower designs.

ARTDECO art deco perfume bottles are the most popular in the late 19th and early 20th centuries-the the shape has naturalistic elements, such as animals and plants or other gentle organic lines. In fact, Tiffany has produced a series of perfume bottles, with round glass bottoms and gorgeously decorated silver caps, and then covered with a crystal stopper, are all leaders in ARTDECO style perfume bottles.

Previous: Do We Really Require To Utilize Unique Eye Cream, Or Is It A Fraud?

Next: Scent of a Woman? The Taste Depends on the Perfume Bottle!