Scent of a Woman? The Taste Depends on the Perfume Bottle!

"Perfume is an indispensable ingredient of femininity, and it is the finishing touch on sexy dresses." Christian Dior once described the role of perfume on women.  But in addition to the tempting taste , many people are in love with perfume and can't escape its charming container.

Nowadays, the mass-produced perfumes we buy are sold in bottles. Nevertheless, the shape of perfume bottles will give people a sense of perception before the taste, so there is no brand that does not make a big fuss on perfume bottles. However, in Europe in the 18th and 19th centuries, perfumes were not bottled and sold when they first became popular. Therefore, various perfume containers have also become custom-made crafts that show the identity and taste of gentlemen and ladies. 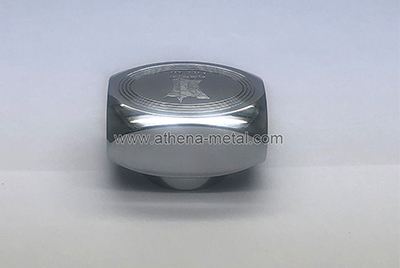 In fact, similar to the container carrying fragrance has been used by nobles in ancient Egypt. In the 18th century, with the use of Venetian glass craftsmanship and the widespread use of Czech stained glass, perfume bottles with elegant curves and colorful refractive surfaces were constantly  It reminds us of the elegance and magnificence exclusive to that era.

Since ancient times, spary perfume bottles have been on the road of recording sexy and beautiful, and the antique perfume bottles that became popular in the 18th century are also very important collections on the European antique market today.  Whether it is a perfume bottle placed on the countertop or a small bottle that you carry with you, it is an excellent item for those who own and wear it to add appeal.

A brief history of perfume bottles

The popular perfume bottles of the 18th century were mainly made of metal, and some of the particularly expensive ones were made of precious stones such as amber, opal, crystal, and even jade.  In the 19th century, with the development of glass, especially stained glass technology, glass perfume bottles became the mainstream.

Perfume bottles have different postures, but usually, there is a round stopper made of the same material as the bottle body. The early perfume bottle stopper will have an elongated tube at the bottom to dip the perfume in the bottle.  Replaced by an atomizer, the perfume can be sprayed directly.

Since the 19th century in Europe, perfume bottles have been widely sought after like perfumes. Manufacturers will also work hard on the design of bottles. Perfume bottles of various sizes, shapes, and materials have also emerged at this time.  The golden age of perfume bottle design.

Previous: Do We Really Require To Utilize Unique Eye Cream, Or Is It A Fraud?

Next: The History of Perfume Bottle Drifting