Best Perfume Caps Supplier reads this article for you.

Parfum, also called Extrait DE Parfum or Pure Perfume, has the highest concentration of perfumes. Fragrances will contain between 15% and 40% of the aroma, but most fragrances are usually between 20% and 30% in concentration. Of all fragrances, the fragrance lasts the longest.It usually takes six to eight hours. Because of the high concentration of perfumes, fragrances usually also require the highest price of all perfume types. People with sensitive skin may be better off using fragrances because they have a much lower alcohol content than other types of fragrances and are therefore less likely to dry out the skin. 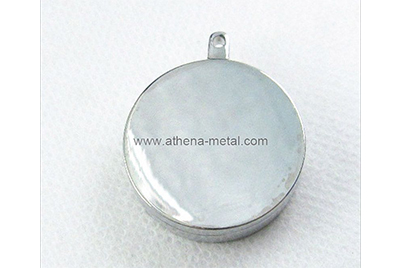 After perfume, perfume (EDP) aroma content is the second highest. Perfumes usually have an aroma concentration of 15% to 20%.On average, the perfume will last four to five hours. Perfumes are also generally cheaper and, while it is true that they have a higher alcohol concentration than perfumes, they are better for sensitive skin than other fragrances. Eau DE toilette is one of the most common types of perfume, suitable for everyday wear.

Cologne or EDC perfumes have a much lower concentration than the above types of perfumes.EDC usually has a 2 to 4% flavoring concentration and a high alcohol concentration. It's cheaper than other types of perfume, but the scent usually lasts for up to two hours. Eds usually come in larger bottles and require more perfume. Eau DE Cologne originally refers to a traditional recipe that USES vanilla and citrus seasoning with little or no tone.

Previous: When To Consider Eye Cream

Next: Preservation Method of Perfume and Precautions for Use